For Tiffany Sorya, the path to becoming a homeschooling tutor to celebrities and other one-percenters was hardly intuitive. During her first years at Portland State University she admits that she was a “horrible” student. But by the time she graduated she had turned things around and was making such high grades that friends would ask, “How did you go from failing O(rganic) Chemistry to acing O Chem?,” she recalls.

For fun, she started tutoring friends who needed help. But when the now 36-year-old, first-generation Cambodian American with Instagram-chic style (she has over 306,000 followers) graduated and moved to Los Angeles, she turned her hobby into something more serious, getting a job at a private tutoring agency. 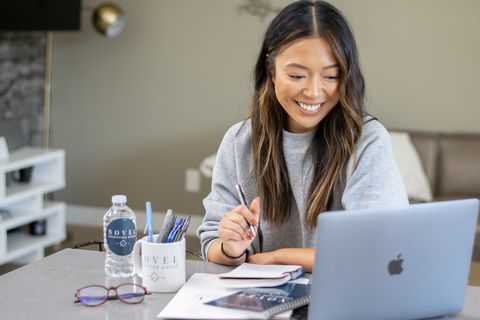 Tiffany Sorya has a network of private teachers around the world.

Sorya’s teaching ability combined with her social ease and West Coast vibe—a recent, jokey IG post shows her steering a motorboat in a black, one-piece bathing suit with a plunging neckline: “You guys, summer is ending and I’ve only been on a boat ONCE”— instantly made her a hit with Hollywood clients looking for a way to educate their children, who often didn’t live, or in some cases, work, within the confines of the traditional, 7-hour school day.

Two of her first students were Kylie and Kendall Jenner. “Obviously, back then (in the early 2010’s) they weren’t who are they are now. But they were still working. They would have a photo shoot that would start at 7 a.m., so they couldn’t go to school until two in the afternoon that day. Or they would have an event at four in the afternoon and they would have to start glam at one. So they needed school to be from nine to noon that day.” Through word of mouth, Sorya’s client base spread to include Ireland Baldwin; two of Dr. Dre’s children, Truly and Truice Young; and members of the boy band In Real Life.

This focus on a personalized homeschool schedule became the basis for Novel Education Group, which Sorya founded in 2014. The company, which has offices in L.A., New York and Andorra (the minuscule country squeezed in between Spain and France where many European soccer stars—and Shakira—have vacation homes), and tutors stationed all over the globe, offers both homeschooling and enrichment tutoring options (reading tutoring for four weeks, for example) for families “who want regular school but on their schedule,” Sorya says. And, of course, who can pony up an average fee of between $5,000 and $7,000 a month. That cost covers between three and five hours of tutoring a day, five days a week. Sorya says the shortened school day is possible when students are working one-on-one with tutors as opposed to sitting in a classroom with upwards of twenty kids.

The service is ideal for VIP’s who either don’t want to send their children to a brick-and-mortar school for privacy reasons, or whose globe-trotting schedules make it difficult to enroll their kids in a traditional online school with a set schedule—and time zone. In other words, for someone like one of Sorya’s clients who is a “really high-level CEO who owns a public company and is consistently traveling all around the world,” Sorya says. (She can’t elaborate further due to iron-clad non-disclosure agreements.) “The family has homes in Yellowstone and Cabo and they decided to spend Christmas in Cabo and summer in Yellowstone. So they wanted school to be in the morning so that in the afternoon the kids can go swimming with the Kids Club in Cabo. Or they want to do school in the morning in January through March, like from 8 a.m. to 11. Then their kids ski for the rest of the day.” 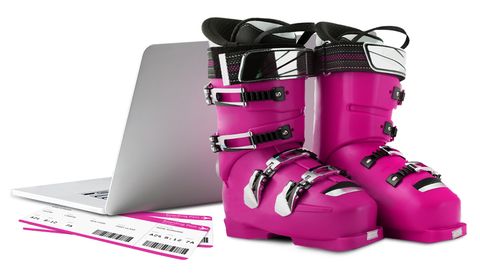 In some cases, it’s not skiing, but brand-building extracurriculars that a student wants to have more free time for. When Sorya was working with the Jenners, Keeping Up With the Kardashians was on the air and Kendall had a modeling career. The sisters were also starting to contemplate a clothing line. “They were really focused doing work,” Sorya says. “They were entrepreneurs in their own right, trying to figure out what that thing was, and (homeschooling) really allowed them to do that.

“If you’re in regular school and you talk about, ‘Oh, I really like make-up. What could I do with that?,’ the teacher will probably say, ‘That’s great. Save it for after class.’ But when you’re in homeschool and you hear that, there’s time to talk about those things. You say, ‘Oh, that’s a great idea. Tell me more.’ So it just encourages a different type of thinking. I think homeschooling is developing a more independent thinker. And that’s what parents really like to see. And that’s what colleges like to see.”

The blueprint for Novel’s curriculum is provided by Laurel Springs School, an online school based in Pennsylvania. But Sorya and her team then evolve the curriculum for each student, depending on their needs and interests. For example, there was the kid—a member of the Saudi Royal Family—who was in seventh grade “and really struggling with math. They just could not get him to do anything,” Sorya says. (Nearly 40 percent of Novel’s business is with Saudi Royal families or families connected to the Royal Family.)

“But he was obsessed with soccer. We have a curriculum designer on our team. So she designed a seventh-grade math program through soccer for him. It was math but it was based all around soccer. It was basically like geometry through soccer—soccer balls, the angle with which you kick the ball—there are angles everywhere when it comes to soccer. And also creating word problems that involve soccer playing. We do this a lot actually. It’s all custom.”

Indeed, Novel markets itself as a soup-to-nuts concierge service for parents who don’t have time, or the desire, to deal with the everyday logistics of managing their kids’ education. Tutors assigned to families “take care of everything from top to bottom,” Sorya says. “That’s what these families want. They don’t have time to be answering emails from the school, talking to the teachers, trying to decide what classes are best. We do all of that.”

“All of that” includes helping students prepare for an Ivy League college education—another de facto expectation from the types of parents Sorya works with. “The parents will be like, ‘This is what the trajectory is for their future,’” Sorya says. “We want to try to get them into Yale.

“We need to spend a month in Montreal and then December in St. Barts and we’re going to be in London for February.”

And what if the student doesn’t necessarily fit the prospective Yale student mold? What if they’re just not that into school?

“It’s important that the kids, the students, always feel that they’re choosing what they do to some point. When students have a little bit of control over what they’re learning they respond a lot better. So they’ll say, ‘O.K., I love video games so I want to do coding.’ The second they actually learn what coding is, they don’t want to do coding anymore. It’s a bunch of slash marks and letters and numbers that you type into a thing to make, you know, one arm move. So once they see what that is, they’re disinterested.

These parents don’t have time to answer emails from a school, or talk to the teachers. We do all of that.”

“What they actually like about the video game is the storytelling. So then what we can do with that is work on their writing skills and their storytelling and their voice when it comes to the papers that they write. So being able to turn their interests into something that is going to be applicable is also something the parents are really happy about and looking for.”

Have parents ever made requests that she simply can’t deliver on?

“We’ve really tried our absolute best to do everything,” Sorya says. “Though we’ve gotten a couple film director requests. Like, ‘I want to direct films when I’m older.’ So we’ve done these programs with them. We’ve done film programs on how to storyboard something, how to shoot something. But sometimes it’s a little extreme, if they’re saying, ‘I want to make a whole movie!’ We’re like, We can’t do that’. And so sometimes those asks are a bit much. But we try and translate it into something that’s going to be usable for them, where they can at least practice it. And then the parents love it.”