Many talented artists call Lake Havasu home, some that RiverScene has featured before.

Now one of the youngest has come forward to share her budding skills with the community. Meet 11-year-old Rexy Carnal who is a working animator, illustrator, character designer and voice actress.

Carnal is a home-schooled student who loves animals and of course, art. Her mother, Michelle Carnal, said that her daughter, “…has been drawing ever since she could hold a crayon.”

A glance around her room shows much of her art displayed on the walls in varying styles. But Carnal has developed a style all her own. 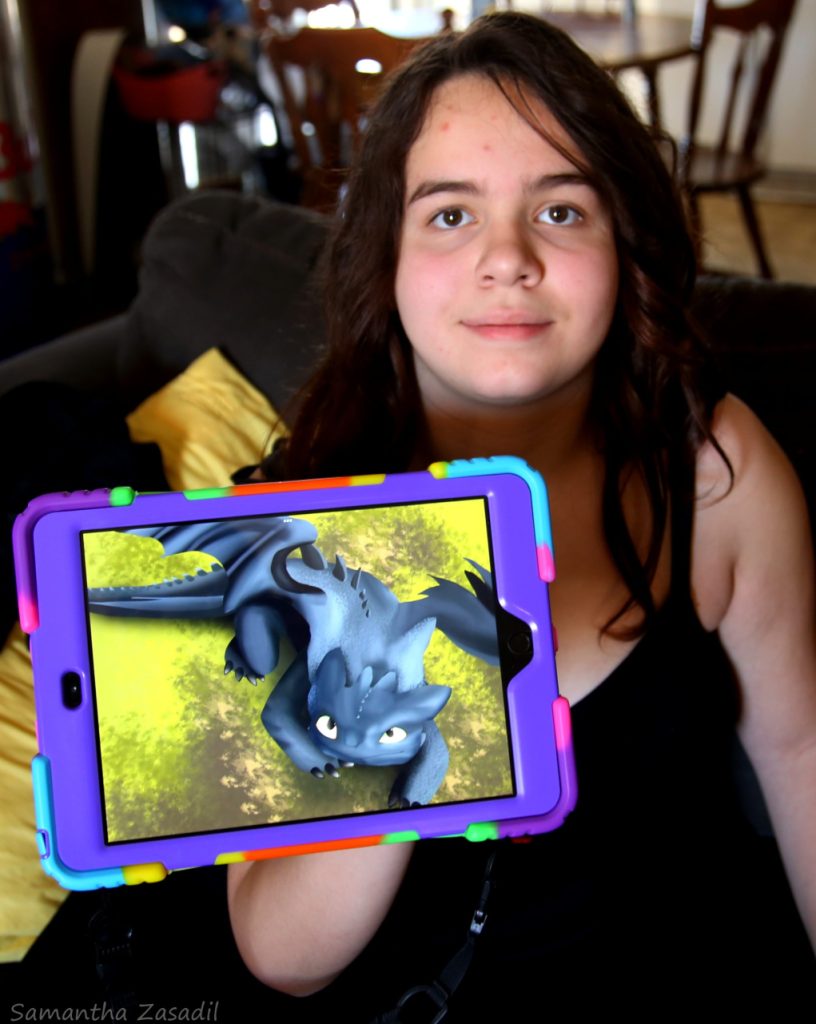 “I think I started really getting into art at like 8,” Carnal recalls. “Because I would not stop drawing different characters. It finally got to the point where I just do what I do now.”

What she does now is create hundreds of characters, some drawn in her sketchbook, but others she is able to actually animate on her iPad, bringing them to life with movement.

Carnal says for now most of the characters are personal, but she has plans for them in the future. Namely in animation and story form on YouTube, Tik Tok and Instagram, which she has been doing for about three years. In her free time she’s still drawing, either her own characters or her friends’, or even sometimes fan art.

During the pandemic, Carnal and her mother found an organization called the Animation Group, where Carnal received a full scholarship for the first semester of online schooling based on her work. That is how the animation process started for Carnal. During the class, she assisted in creating a student-made version of the “Jungle Book”, and she even voiced the peacock for the project. 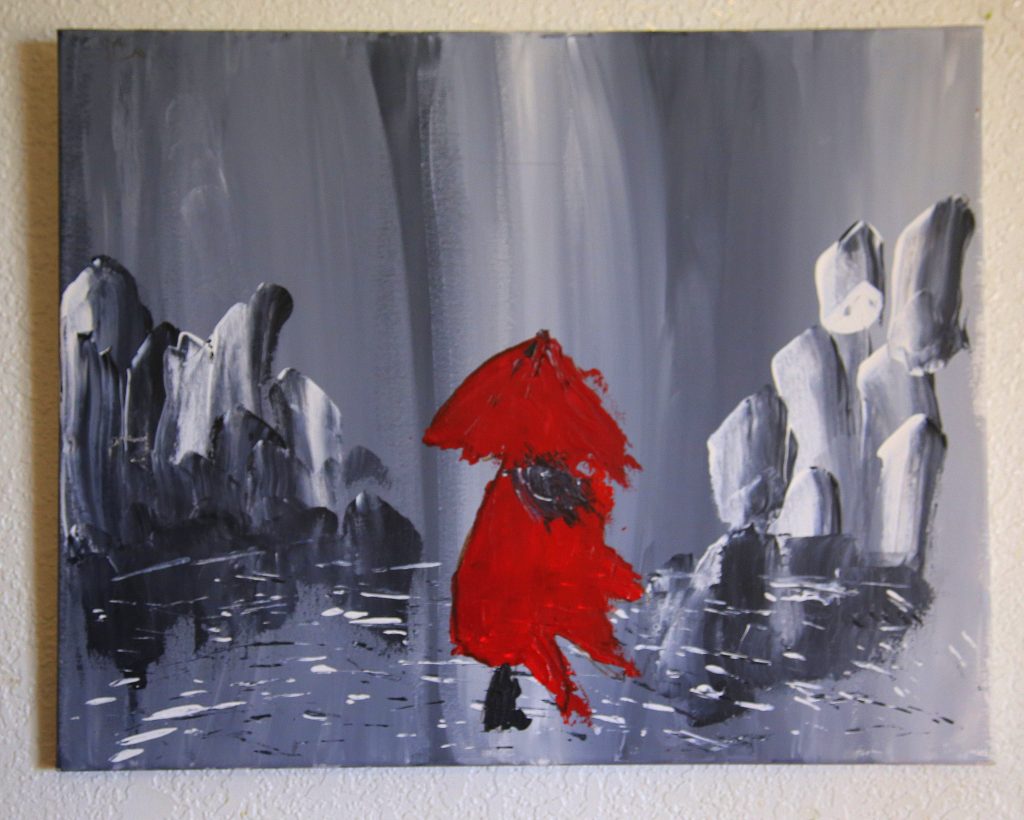 Her work has garnered a lot of interest. Although Carnal says she’s still unsure in what capacity she would like to work as an artist, she’s already making accomplishments in that direction. She animated a commercial for a book author, which was her first paid job. Currently, Carnal was commissioned to animate an alternative rock band’s music video. Everyday Slave saw some of Carnal’s work from a Pixar-themed class she took and promptly asked if she would be up for the project for their song, “Into the Blue”.

For the past couple months, Carnal has been working on creating two characters, a narrative and of course an animated finished product. She and her mother are hoping to see the video released after the first of the year. With her mother’s support and planning, Carnal is almost finished. 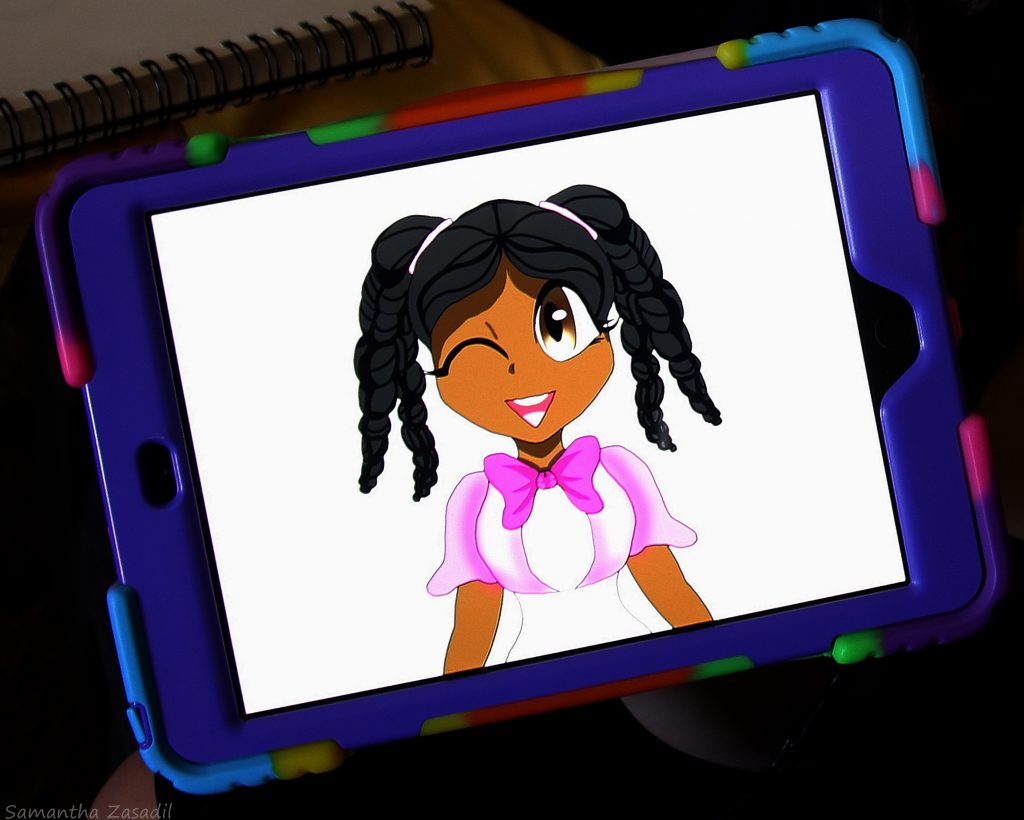 Carnal was able to attend an animation expo in October put on by LightBox Animation Studios, where she met several professionals in the field including the Bancroft Brothers, Whitney Pollett and Chris Sanders. Because of her work, Carnal received two three-day passes to the event, where she met more industry experts from DreamWorks, Nickelodeon and more.

Somewhat quiet and certainly humble, Carnal shared some drawings from her sketchbook with RiverScene and some, “goofy animations,” that she has completed. With her own unique style, support from her family and now even the professional world, Carnal hopes to be set for an extraordinary future in art. 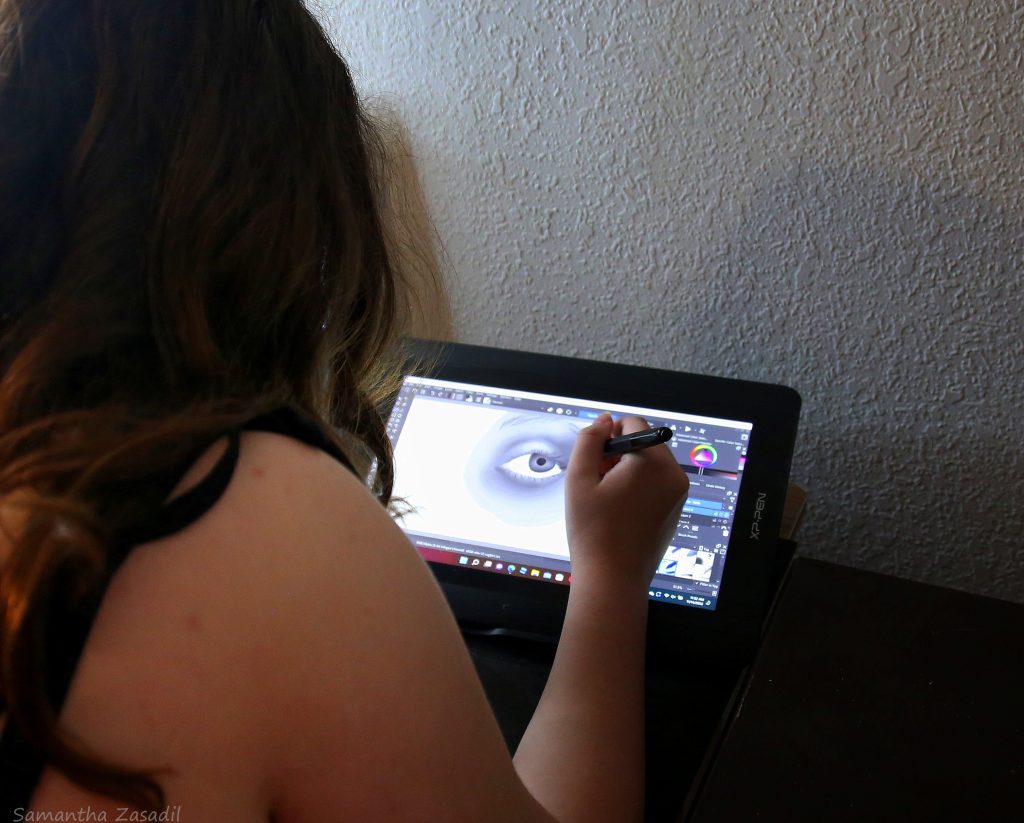